Absolute power leads to absolute corruption? (It depends) on the concepts of power one holds. (2016) 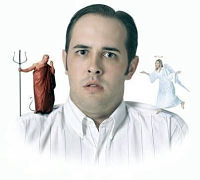 “…absolute power corrupts absolutely?  …our findings indicated that there is no absolute connection between power and corrupt practice.”

The authors considered corruption in relation to:

‘Socialized power’ – using power to pursue other-focused goals for benefiting and helping others.

“For a long time, power (has been) stigmatized by assuming the power holder would misuse power to attain selfish goals at the expense of others. “Power tends to corrupt and absolute power corrupts absolutely.” This truism gained popular support.

“However, our findings indicated that there is no absolute connection between power and corrupt practice. Whether power is used to do evil or good depends on the concepts of the power holders. Corrupt actions are more likely to occur when power is associated with selfish goals rather than with prosocial goals of being responsible for others.

“(These) studies were committed to .. addressing this stigma. (They) suggested that the association between power and corruption depends upon whether individuals intend to use power for gain, or for the achievement of their goals.”