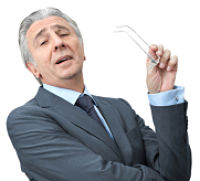 “…(while) constructs such as narcissism and hubris have been measured, they are not synonymous with arrogance…”

“Accounts of arrogant employees abound, yet there is little systematic research on arrogance within organizations…..

“Although behavioral manifestations of arrogance are recognizable, less is known about what effects it has on other attitudes and behaviors at work. One reason for the lack of empirical evidence is that no established measure of workplace arrogance exists.

“Although constructs such as narcissism and hubris have been measured, they are not synonymous with arrogance.

“….future research ought to empirically investigate the role of arrogance vis-a`-vis hubris in order to identify points of similarity and divergence across the two constructs.”

In response to the relative lack of research into workplace arrogance, this paper presents the findings from four studies.

Findings from their final study suggested that arrogance (“acting superior”) is negatively related (“actually inferior”) to cognitive ability and self-esteem.