CEOs who want to change the world struggle for name recognition. (2016) 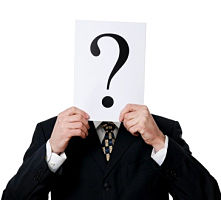 “The result may be a comfort to those chief executives who prefer to keep a low profile.”

“Only four in 10 people can name any chief executive, according to an Edelman poll .

“Mark Zuckerberg of Facebook is the world’s best-known chief executive, but his name is recalled by only one in 10 of respondents.

“…the fact that public perception of chief executives lags behind reality is not a surprise. PwC used to poll chief executives about their most respected business leader and Jack Welch continued to be ranked in the top three for some years after he had stepped down as boss of General Electric.

“… The result may be a comfort to those chief executives who prefer to keep a low profile. As Jim Collins observed in his 2001 business classic Good to Great, chief executives of the best-performing companies in his sample “cut against the grain of conventional wisdom, especially the belief that we need larger-than-life saviours with big personalities to transform companies”.

“Edelman … also found that the gap between what people expect of chief executives and what they actually do – especially in areas such as integrity and engagement – is wide.”

Access the full article here: CEOs who want to change the world