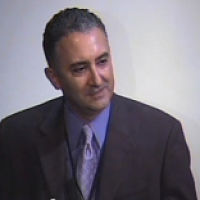 “Rather than stigmatise those with mental health problems, we need to challenge discrimination and explore the positive aspects of mental illness….those with depression tend to be more realistic and more empathic than normal, mentally healthy people

Click on the link below for a brief video clip

You can download notes from his address here: Political power and psychopathology

The power point is available here: The Psychopathology of Power

The powers of leaders have been exaggerated, even regarded as supernatural in the false histories of the past. More recently we have been more honest about leaders who have suffered mental health problems.

Rather than stigmatise those with mental health problems, we need to challenge discrimination and explore the positive aspects of mental illness. Research shows that depression is associated with greater realism and empathy and mania with greater creativity and resilience. ‘Mentally healthy’ people tend to be conformists, perhaps ‘too conformist’ for effective leadership when faced with a crisis situation.

Research shows those with depression tend to be more realistic and more empathic than normal, mentally healthy people. Most people who are not depressed tend to be slightly more optimistic than cool reason might allow, especially if such optimism is rewarded or reinforced. What could be called ‘mild positive illusion’ can be beneficial – for example making us believe we are happier than average, or enabling us to better deal with bad news. It is possible that HUBRIS could be an expansion of this positive illusion with greater power. Depressed people are more empathic: affective empathy (the capacity to share another’s emotional feelings) increases with depression.

Mentally healthy people may have a well-adjusted personality in relation to work and personal life but, at least according to Roy Grinker’s 1962 research on male US college students in the 1960s, tend to be conformists who lack ambition. Might crisis leadership call for a maladjusted leader – perhaps one with the greater realism and empathy associated with depression? A list of depressive leaders is headed by Lincoln and Churchill, was contrasted with a longer list of poor leaders who were not mentally ill. This latter list included most of the Nazi leaders tried at Nuremburg who ‘certainly had hubris’.

Practical measures to fight hubris should focus on fostering self-doubt. Public intellectuals could better acknowledge that science is a ‘knowing ignorance’ – a ‘philosophical faith’ is one in which one knows one’s faith could be wrong. Applying such scientific scepticism to everything in our lives forces us to put our own beliefs to the test rather than participate in what Feynman called ‘Cargo Cult Science’. Non-conformism comes naturally to the depressed, and is to be encouraged. Our ‘culture of self-esteem’ is harmful because it fails to acknowledge that we ‘are not’ our self-esteem.

Further measures to enhance empathy might involve the encouragement of spirituality (especially because Eastern traditions promote existential equality) and non-conformism (because where we doubt society we are more likely to doubt ourselves). We should teach people about non-violent resistance and distinguish its intrinsic association with empathy for others from simple pacifism.