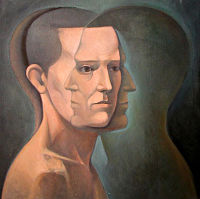 “..we’ve found that ‘dark side’ of personality assessments can matter more than twice as much as the positive characteristics most commonly used in selection instruments.

“For too long both academics and practitioners have neglected the factors associated with failure. Not just the spectacular blow-outs that lead firms to bankruptcies or the dramatic firing of individuals, but also the day-to-day behaviours that drain the energy of firms and sap the will of their employees.

“…The dirty secret for the leadership assessment industry is that where we see the greatest effects for leadership is at the low end of the performance distribution.”

“In the domain of personality assessment and job performance outcomes, we’ve found that assessments of so-called ‘dark side’ of personality can matter more than twice as much as the positive characteristics most commonly used in selection instruments.

“… Consequently, we believe that developmental and selection efforts aimed at moving the dial from ‘bad’ to ‘good enough’ are likely to have more of an effect than trying to move individuals from ‘good’ to ‘great.’

Harms then discusses “why we should consider the origin of a leader’s poor behaviours.”

He offers a framework of those behaviors stemming from either unpredictable actions (Crazy), insufficient mental function (Stupid) or hostility (Mean). He illustrates those categories with references to popular movie characters and political figures.