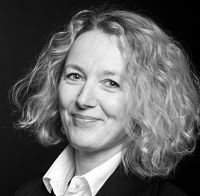 “..my Gen Y friend’s view was that the organisation was lucky to have him …it was less about what he could contribute and more about the opportunities that his employer could provide to learn and be creative.

Sally Bibb, business owner, author, consultant and member of Daedalus Trust Steering Group.
Another in an occasional series of contributions from members of our Advisory Board and other friends of the Daedalus Trust. Published online 23 November 2015

A few years ago I was involved in a reciprocal mentoring arrangement with a young Generation Y* man. As a Baby Boomer my role was to help him navigate the world of big organisations, one of which he had recently joined. His job, as a digital native, was to help me to better understand the internet and social media.

One day we were having a conversation about learning and the value of apprenticing ourselves to others with greater wisdom, knowledge and experience than ourselves. To my mind that was part of what it takes to become the best possible contributor to an organisation. It became clear that my orientation was about what I could contribute to make myself worthy of having a good job. This was possibly a legacy of starting my working life in the context of Thatcherism, high unemployment and at a time when a job-for-life was the norm. In contrast my Gen Y friend’s view was that the organisation was lucky to have him. For him it was less about what he could contribute and more about the opportunities that his employer could afford him to learn and be creative. He told me that he believed he could do almost any job he chose and he expected to be promoted as soon as he became bored in his role. If his current employer didn’t give him what he wanted, he told me, he would leave and go elsewhere.

This young man is bright and is still doing very well. He was promoted a couple of times and has now got a more senior job in a bigger organisation. He tells me that he is almost never challenged by his bosses and that he usually gets what he wants because he is bright and performs well.

Hubris syndrome is normally associated with people in the senior echelons. Could it be that Generation Y could suffer from it too? Products of the self-esteem movement, being told they are special by over-nurturing parents and being taught to challenge authority at school. All of this has its positive side in terms of building confidence. What is the downside though? A generation who feels entitled and lacks the kind of self-regulation and respect of the hierarchy that my generation had? I have advised senior executives that they should value and embrace their Gen Y employees who break the rules and challenge authority because it brings new ideas, creative approaches and new thinking. The downside though is we could be breeding and supporting a generation of executives who don’t have due respect for process, regulation and, crucially, the consequences of decisions. The discipline of evaluating consequence for every decision or action take is important. This should be ‘taught in’ to the younger generation and the importance of it underlined.

What were the younger generation in VW doing and how might they have contributed to the recent so-called diesel duping scandal? Some of the engineers who played a hands-on role in developing the technology would likely been under age 35. They presumably knew the implications of the work they were doing. Sure the leaders are culpable as they ultimately created a culture where wrong-doing could occur but it’s likely that technologically savvy less senior staff were the ones who made it happen.

*Generation Y were those born between 1980 and 1995. They are the first generation of so-called digital natives. They have experienced so-called ‘helicopter parenting’ with parents who are very involved in all aspects of their life and decision making. They are also used to much more democratic schooling where they are asked their opinion and involved in decision making. And they have been given the confidence to believe that they have any number of possibilities open to them. The downsides of their schooling and parenting can be an attitude of over-inflated self belief and confidence. They are often experienced by older colleagues in the workplace as over-confident and not having due respect for hierarchy. The upside of course is innovative approaches and challenging the status quo.