How leaders and their teams can stop executive hubris (2017) 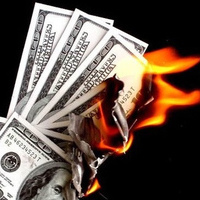 “…One of the chief characteristics of hubris is blindness — the inability to see it in oneself, much less admit it and do something about it.”

“In a survey of 150 global CEOs conducted by our firm, Heidrick & Struggles, in partnership with the Saïd Business School at the University of Oxford, nearly one in five CEOs said they never doubt themselves.”

“…One of the participants said in the course of an in-depth interview, “If you don’t doubt yourself in a constructive, positive way, you are borderline dangerous for your company.””

“In [mergers and acquisitions], [‘overconfident’] CEOs often target companies outside the acquirer’s core line of business, a strategy with a very poor track record.”

“…They [also] tend to pay cash instead of stock for acquisitions because they believe their stock is undervalued.”

“…Hubris is an acquired trait, not a deeply rooted personality disorder. It comes on gradually, growing as a leader’s power grows — and it can be managed and even nipped in the bud.”

“Hubris is a progressive disease. The longer it goes untreated, the worse the disease gets. And it is notoriously difficult to reform leaders who suffer from full-blown hubris. ”

The article, which contains concrete steps and processes to support the intervention of CEO hubris, can be read here:  How leaders and their teams can stop executive hubris