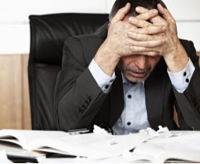 “Boards often think the person in the corner office doesn’t need more development, but this couldn’t be further than the truth.

Companies spend a fortune developing high potential executives. …. but CEOs don’t get much of a look in.

Investing in CEO development is typically considered a low priority for boards who think that by the time someone has reached the pinnacle of the organisation, he or she ought to be the finished article. …HR …invests in rising executives, not established ones.

This leaves CEOs vulnerable to having their flaws “unmasked” by power.

Research … highlights six typical flaws in CEOs that either don’t show up further down the ladder or have actually helped the leader to climb it, flaws that in many cases, become liabilities in the corner office:

These flaws are often exacerbated by the nature of the job. This is what I call “altitude sickness”.

…Boards need to set a context for the CEO that keeps them from succumbing to their flaws.

But as stewards rather than hands-on executives, board members shouldn’t try to engineer CEO development.

They should aim to create a climate within which effective development will happen naturally. This can happen through the questions they ask, the demands they make, the expectations they set and the rewards they give.

Access the full article here: How to stop CEO failure