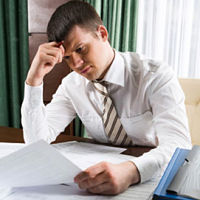 How the Bank of England structures policy making to counteract hubris and other biases, and a proposal to limit UK Prime Ministers’ terms were among the highlights of a fascinating Daedalus Trust conference recently.

‘Leadership: stress and hubris’ was held in conjunction with the British Psychological Society’s Division of Occupational Psychology at the Royal Society of Medicine in London on Monday 17 November 2014.

Over 300 delegates attended the over-subscribed event.

Andy Haldane, Chief Economist of the Bank of England, discussed four “cognitive ticks” including hubris and group-think that can affect human decision making and how the Bank has recognised these risks and designed its policy making to counteract them.

Also focussing on ways hubris can be managed, former Foreign Secretary Lord David Owen outlined the Private Member’s Bill he has introduced into the House of Lords to limit the period a Prime Minister can hold office to two terms of Parliament.

Jon Snow, long-serving presenter of Channel 4 News, admitted that a lot of hubris is “handsomely stoked” by the media.

“We spend a lot of our time puncturing hubris on TV – but not too badly, because we want it back on screen next week.”

Dr John Coates, a former derivatives trader, spoke on the biological effect of stress on the body and its impact on financial decision-making. Adrian Furnham, professor of psychology at UCL, outlined the root causes of leadership derailment and the differences between derailment and incompetence.

You can view the programme here.

Further material from the conference including videos and notes will be uploaded onto this website as it comes to hand.