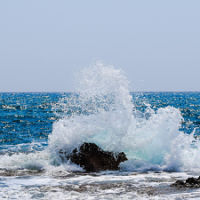 “…conceptualizes the impact of a narcissistic leader in three phases, and discusses six ways for harnessing the positive sides of narcissistic energy..”

This article focuses on the interplay between narcissistic leaders and organizations. It attempts to capture the essence of this interplay with a model outlining the trajectory of narcissism within the organization – the Energy Clash Model.

This model adapts a metaphor from physics, conceptualizing narcissism as a force (a leader) that enters or emerges in a stable system (an organization), destabilizes it, and either stabilizes it at a different state or is expelled.

Conflict: however with the passage of time, systemic awareness and alertness intensify, as organizational costs – in terms of human resources and monetary losses – accrue. Narcissistic energy clashes directly with the organization, a clash likely to restabilize the system eventually

Resolution: the conflict may provoke the exit of the narcissistic leader or his or her accommodation, that is, steps or controls negotiated between the system and the leader.

Some can be at the structural or systemic level, such as implementing systemic checks and balances via accountability, instituting synergistic leadership, and increasing leader-organization identification. Other tactics can be at the individual or interpersonal level. These include introducing micro-interventions, initiating personal development through coaching, and strengthening the leader-employee fit.