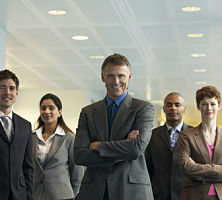 “…exceedingly active research on relations between CEOs and their management teams has developed a plethora of constructs and empirical findings. Scholars may now wish to turn to understanding and comparing that plethora.”

This study reviews research on the social, behavioral, and cognitive influences on CEOs (including hubris and narcissism), top management teams and the interface between the two during strategic decision making.

They review research that has been published from 2005-2015, structuring their analysis around the two major groupings of social/behavioral and cognitive influences on strategy process.

Social and behavioral influences include:

Cognitive influences focus on attention and perception, cognition and information processing attributes of each party.

The authors conclude that “an exceedingly active and important set of research on CEOs and top management teams (and the relationships between them) has developed a plethora of constructs and empirical findings. ….scholars may now wish to turn understanding and comparing that plethora of constructs, perhaps by finding more parsimonious constructs that have more general and reliable relations with behavior and outcomes.”