The dark side of personality and extreme leader behavior. (2013) 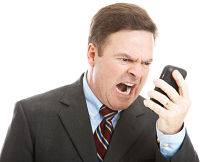 “Estimates of the base rate of managerial failure average around 50 per cent, which raises the question of how to account for such a high incidence of flawed management.

One of the articles in Applied Psychology’s special issue: ‘Beyond the bright side: dark personality in the workplace’. January 2015, Volume 64, Issue 1 Article first published online: 27 Aug 2013

“In this study, dark-side traits are conceptualised as extreme extensions of the “bright-side” traits of the Five-Factor Model that often have counterproductive effects.

“Analyses in a sample of 320 American and European managers and executives rated by 4,906 co-workers provided support for most predicted relationships, with medium-sized overall multivariate effects. Support for a moderating effect for Emotional Stability was also found.

“Scores near the normative mean on the dark-side traits were associated with optimal levels of the leader behaviors, whereas both high scores and, unexpectedly, low scores were associated with extreme, ineffective leader behaviors. Implications are considered for future research on the role of the dark side in leadership, re-conceptualising the interpretation of low scores on dark-side personality scales, and the coaching and development of managers.”

Access the article here: The dark side of personality and extreme leader behavior