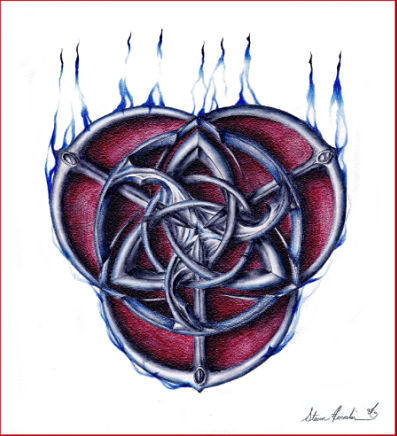 “How many kinds of bad characters are there? According to Paulhus and Williams in 2002, the answer was three – the so-called ‘Dark Triad’ of Machiavellianism, narcissism, and psychopathy. This paper reviews the intervening 10 years of research into those three socially-aversive personalities.”

Amongst their conclusions, the authors find that while “Paulhus and Williams (originally) chose the adjective ‘dark’ …because each Dark Triad member had drawn attention for its socially aversive nature…. each member appears to have both adaptive and maladaptive elements.”

They also find that “that each Dark Triad member has a rich, distinctive complexion. Lumping them together implies a simplistic distinction between good and bad personalities.”

“Whereas some researchers lean to ‘lumping’, others have called for further additions to our taxonomy of dark characters. Sadism, for example. Other possibilities are borderline disorder and status-driven risk-taking.

“…Although we have emphasized their distinctiveness, we freely acknowledge that some individuals possess more than one of the Dark Triad traits. Indeed, their positive intercorrelation suggests that a subgroup with all three traits lurks within any large community.”

Read the full paper here: The dark triad of personality

See also: Beyond the bright side: dark personality at work  or use the search function to look for items on ‘dark side’ issues.