The perils of appointing a high-profile chief executive. (2016) 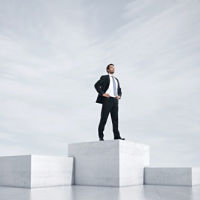 “The chance that electing an exciting leader may yield a gigantic return keeps tempting directors and investors to hubris-prone full-charisma CEOs. Their instinct is half-right.”

“I used to say that the reign of the imperial corporate leader ended at around the turn of the century, after the Enron scandal. But his demise always looked exaggerated.

“Boards remain prone to capture by charisma. Investors are still lulled into betting on the animal spirits of executives who think big. Journalists pursue their hunt for the newsiest and liveliest corporate characters…..

“High office will “always prove attractive to narcissists”, former Shell and Barclays executive Matt Nixon writes in Pariahs, a valuable guide to how scandals develop and how to avoid them.

“Acts of hubris occur when extreme personalities meet trigger conditions, he writes, including “the requirement to present oneself as a strong leader”.

“….The long-term health of any business is better entrusted to lower-profile stewards, though, practising what Christian Stadler of Warwick Business School calls “intelligent conservatism”.

Access the full article here: The perils of appointing a high-profile chief executive