The truth behind testosterone: why men risk it all. (2013) 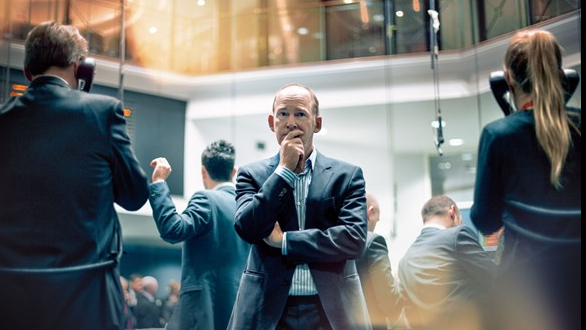 On days when London City traders made above-average profits, their testosterone levels went up. At the same time, cortisol levels were sensitive to the volatility in the market, which is a measure of risk and uncertainty.

In research published in 2008, Coates found that, on days when London City traders made an above-average profit, their testosterone levels went up. At the same time, cortisol levels were sensitive to the volatility in the market, which is a measure of risk and uncertainty.

Subsequently, Coates has analysed 623,000 professional tennis matches, narrowing the sample down to matches between players as closely matched as possible. He found that, for the men, the winners of the first set had a 60 per cent chance of winning the match. The statistics didn’t show any correlation for the women players.

“The protocol was a very clean test of a pure winner effect. That we didn’t see it for women indicates it is probably a testosterone effect. The data was eye-popping.”

Coates is currently running eight experiments, spanning a range of topics from difference in risk-taking between men and women, to the study of stress in the workplace.

The article overviews Coates’ work in this fascinating field and concludes that “the fundamental lesson is that there is no such thing as a pure human intellect that is not tainted by the hormonal waves and other signals that arise from the rest of the body. Traders on Wall Street, Olympic athletes and baboons in Kenya are just the extreme examples of the one biology that pervades us all.”

Access the full story here: The truth behind testosterone: why men risk it all