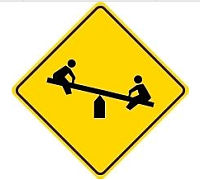 “.. managerial hubris … differs from self-confidence. “Hubris is an extreme manifestation of confidence, characterized by preoccupation with fantasies of success and power, excessive feelings of self-importance, as well as arrogance.”

The researchers “test the assumption that self-interest is a universal trait of CEOs (spoiler alert: it’s alive and well), show that too much altruism can harm company performance, reveal the dark, self-destructive tendencies of some entrepreneurs and family-owned businesses and provide a way to measure and correlate greed, arrogance and company performance.”

Generally, greed is worse among short-term leaders with weak boards. Strong corporate governance can rein in CEO greed and keep both self-interest and altruism in proper balance.

The researchers also examined managerial hubris and how it differs from self-confidence. “Hubris is an extreme manifestation of confidence, characterized by preoccupation with fantasies of success and power, excessive feelings of self-importance, as well as arrogance.”

“Some CEOs take risks and it will pay off. They will have reliable performance and we can forecast that. We know their track record. Others take foolish risks not based on their previous performance. Such risks may be especially prevalent among young entrepreneurs, who underestimate the resources needed to help a startup succeed and fail to recognize that more than money is at stake.”

Our synopsis drawn from this review: Corporate greed