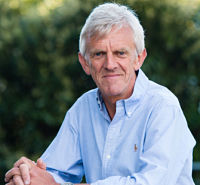 A personal view of recent political events as seen through the lens of hubris and ‘the intoxicating effects of power’. (Another in an occasional series of contributions from friends of the Daedalus Trust.)

Society seeks out leaders who can take risks, exercise and exert influence, are ambitious and determined, and have a positive self-image. These are all good things to have in a leader. The problem is that under the influence of the intoxicating effects of power, past success and media praise, many of the qualities that make a good leader can all-too-easily lapse into dysfunctionality: confidence, ambition, risk taking and positive self-image, can morph into over-confidence, over-ambition, recklessness and narcissism.

The consequences of over-developed strengths in leaders who hold significant power can be calamitous.

If evidence were needed of the downside effects, for example, of too much risk taking look no further than the risk taking of former Prime Minister David Cameron. Buoyed by the outcome of the (by no means predictable) Scottish Referendum, he made fatally one gamble too far in offering a referendum on EU membership. Cameron did so in the laudable but vain hope that he could once and for all stop the Europhobes in his own party from constantly “banging on about the Europe”. The consequences are playing out before our eyes.

For evidence of the potential perils of too positive a self-image, we need look no further than parallel political events in the US.

When hubris takes hold, concern with image is overtaken by a compulsion to act in ways that will enhance the hubrist’s public persona; hubrists over-reach themselves by casting their actions in nothing but a dazzling light. Justice, in the Greek myths, in the form of Nemesis was served on hubrists who had the temerity to over-reach themselves; retribution was always severe.

The billionaire businessman and now Republican Party nominee for the November Presidential elections Donald J Trump displayed a fixation with his own image during his speech on 16 June in which he declared his intention to seek nomination. He uttered a total of 257 self-references (compared to a mere seven mentions of ‘America’ or ‘American’) including: “I’m really rich”, “I’m proud of my net worth”, “I’ve done an amazing job”, “I beat China all the time – all the time”, “Rebuild the country’s infrastructure? Nobody can do that like me”, etc. etc. Echoing the Greek myth of Narcissus, Mr Trump it seems may have too high a regard for his own reflected image.

Whether or not the image is “an empty hope, a shadow mistaken for substance” (Metamorphóses, Book 3, line 421) remains to be seen. Either way, it will be decided when the American people go to the polls in November. Should Mr Trump become President of the United States the question then arises of how the Gods might judge his temerities? The trouble is if Nemesis does decide to pay ‘President Trump’ a visit – as she did with ex-Prime Minister Cameron – we’re all likely to suffer one way or another.