With leader charisma it’s possible to have too much of a good thing. (2017) 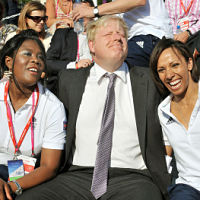 Drawing on research by Vergauwe, Wille, Hofmans, Kaiser, and De Fruyt outlined on this website here: The double-edged sword of leader charisma

“If there’s one quality you absolutely want in a leader, it’s surely charisma. Celebrated leaders are invariably associated with this magic word, and evidence suggests charismatic people inspire more trust, commitment, and results from their followers. But across a number of other supposedly virtuous traits, such as political ability or assertiveness researchers are starting to realise that it’s possible to have “too much of a good thing.” Could charisma fall in that category? That’s the suggestion of new research in the Journal of Personality and Social Psychology.

“(Researchers investigated)… around 300 leaders … who rated themselves on a personality measure focused on capturing charismatic leader qualities. They then rated their own effectiveness as leaders, and the more charismatic they rated themselves, the more effective they believed they were. But when other members of the organisation rated the same leaders, a different picture emerged.

“Each group – peers, subordinates and managers – described the same pattern: both low-charisma and high-charisma leaders were seen as less effective than those in between.

“Charisma was useful up to a point, but beyond that, it was counterproductive.

Access the full article here: With leader charisma it’s possible to have too much of a good thing.

Sea also an article by Michael Nedelman, published on CNN 30 May 2017; When leaders are too ‘charismatic’, everyone loses