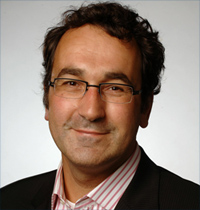 “.. it was up to (academic Diederik Stapel) to resist the siren call of fame. However … who played the role of playground pusher and led him to where he would hear it?

“In the summer of 2011, a Dutch social psychologist was in the process of losing his job. His name was Diederik Stapel and he’d committed an unimaginable fraud: over ten years he’d falsified data for over 55 experiments, some of which formed the basis of doctoral theses he’d supervised.

“…Stapel … started tinkering with (his research) numbers when his hypothesis failed – he’d invested time and effort in the study and didn’t want to abandon it. His tinkering went undetected and the results were published in the Journal of Personality and Social Psychology in 2004. … the article caused a sensation and “Stapel’s career took off.”

“…Stapel described his behaviour as an addiction that drove him to carry out acts of increasingly daring fraud, like a junkie seeking a bigger and better high… Some friends, he said, asked him what could have made him stop. …”There was no stop button. My brain was stuck. It had to explode. This was the only way.”

“Even after he became a dean at Tilburg University, Stapel still had difficulty “resisting the allure” of more falsified experiments. The allure appears to have been the obvious rewards of success, but also, and perhaps more darkly, the risk-taking involved in his fraud. He experienced the “high” of achieving acclaim, but also of knowing he was fooling his colleagues and getting away with it.

“… despite the spectacle of Stapel’s fall, his addiction to power is almost canonical in our winner-take-all world … one clear symptom (is) the emergence of a more broadly defined superstar culture.

“… When it comes to Diederik Stapel and his addiction to power…: it was up to him to resist the siren call of fame. However, it might be helpful to ask who played the role of playground pusher and led him to where he would hear it.

“More importantly, we can ask if he had enough support, the kind that would have allowed him to acknowledge he was addicted to success.”