Barclays should be praised, not punished, for its whistleblowing system. (2017) 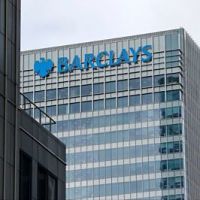 “The narcissistic, megalomaniacal senior executive remains an enduring stereotype for a reason. (But) in Barclays case, the whistleblowing system worked.”

“The distinctive smell of schadenfreude was evident rising above the towers of Canary Wharf as the story broke about Jes Staley’s brush with the FCA. At first sight, at least, here we have the chief executive of another major bank failing to uphold the values he espouses so strongly in all his public speeches.

“Another sign surely of hypocrisy and corporate hubris, of the canker eating at the soul of our financial system? I for one am not convinced.

“… The narcissistic and megalomaniacal senior executive remains an enduring City stereotype for a reason.

“… In the Barclays case, the whistleblowing system worked, protecting the bank from further harm and mitigating the impact of an indisputably poor decision from the very top. Other financial institutions, however, are less well served. A culture of executive invulnerability all too often still applies and internal whistleblowing processes are seen by some as little more than fig-leaves.”

Read the full article here: Barclays should be praised, not punished, for its whistleblowing system.