Besides greed, what motivates inside traders? (2017) 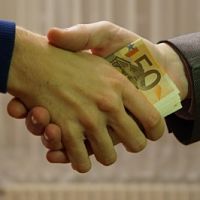 “Insider traders – mostly male – do it for the money, (but are also) influenced by hubris, feelings of conquest, playing seduction games and adrenaline highs.”

“Scott London, a senior partner at a Big 4 accounting firm, shared inside secrets to help a buddy in a tight financial spot. After following the rules for 26 years, why would he commit fraud? Insider traders – mostly males – do it for the money, of course, but they’re also influenced by hubris, feelings of conquest, playing seduction games and adrenaline highs.

…”The most common narrative for the nature and cause of white-collar crime is simple, overpowering greed. Moreover, this one-dimensional explanation sells well in the courtroom and appeals to a scornful public. Greed can indeed be a principal factor, but I’ve found other psychological forces at play when examining the motives of those committing such crimes.

…”In his white paper, ‘True Psychology of the Insider Spy’, Dr David Charney (consultant to the U.S. intelligence community) writes that most cases of insider spying originate from injuries to male pride and ego. Hence, he puts forward that the core psychology of the insider spy is an intolerable sense of personal failure as privately defined by that person.”

Access the full article here: Besides greed what motivates inside traders?