Carillion. What a mess. 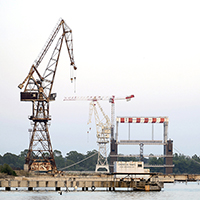 “Carillion’s demise will go down as one of the biggest corporate governance scandals in the UK for quite a while.

“Let’s be clear: responsibility first and foremost has to be placed at the hands of the firm’s directors.

“That doesn’t get the government off the hook, though, as there will be some big questions about its role in the mess…”

“Cracks were clearly visible: big projects ran into difficulties, the firm lengthened payment times to suppliers and engaged in more unusual forms of financing, debts mounted and its shares were shorted.”

“Some 30,000 suppliers are exposed to the Carillion meltdown.”

“Lord Adonis summed it up well in a pithy tweet this week: “Shades of a British Enron. Wild overbidding, fast-and-loose & grossly overpaid management, taxpayers taken for a ride, AWOL auditors & pliant/ignorant ministers and officials. This is going to run & run!””

You can read the full article here: Carillion. What a mess.