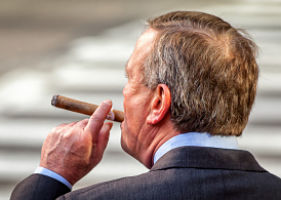 “…overconfident CEOs are more apt to create or magnify an imbalance in innovation ambidexterity.”

‘Ambidextrous innovation’ is the simultaneous and balanced pursuit of both exploratory and exploitative innovation.

While some research has been conducted on how CEO overconfidence affects innovation in general, little work has been done into its impact on this more desirable form of innovation.

Studying firms’ patenting behaviour the researchers found that “overconfident CEOs are more apt to create or magnify an imbalance in innovation ambidexterity.”

The researchers also examined ways governance systems may moderate the relationship between CEO overconfidence and ambidextrous innovation. Their results indicate that “independent boards and dedicated institutional ownership mitigate the positive relationship between CEO overconfidence and a firm’s ambidextrous imbalance, while transient institutional ownership enhances this relationship.”

They also found that the scrutiny of analysts “does not effectively monitor an overconfident CEO’s tendency toward an ambidextrous imbalance.”