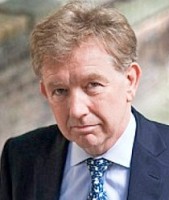 Equitable Life (showed) that the prime cause of corporate disasters is not complex derivatives or computer models gone haywire, but human frailty.

For most companies, reaching their 250th birthday would be cause for celebration, but at Equitable Life, which this year reached its quarter-millennium, it would have been inappropriate to let off any fireworks.

In view of the insurer’s near-death experience a dozen years ago, its chief executive, Chris Wiscarson, chose to mark the milestone in a more sober fashion, with a research paper by Richard Rogers, Professor of Contemporary History at King’s College London.

The subject: ‘Did anyone learn anything from the Equitable Life?’ The short answer: ‘No’. What Wiscarson learned is that the prime cause of corporate disasters is not complex derivatives or computer models gone haywire, but human frailty.

Executives who lead companies to ruin are usually afflicted with hubris. Power has gone to their head, making them reckless. He doesn’t want to name names, but as he points out, ‘we all know who they are’.

Step forward Fred Goodwin, Adam Applegarth, Bob Diamond et al. ‘Hubris is when you have a lot of power and when you misuse it in an organisation. It is a psychological condition people develop. It is dangerous because typically, in a big organisation, you cannot see the consequences for months or years,’ he says.

Wiscarson advocates that all chief executives should be made to take psychological tests at regular intervals, to detect any symptoms of hubris. He has volunteered himself as the first guinea pig. ‘I have to take my own medicine. I have the first drafts of the hubris test.’