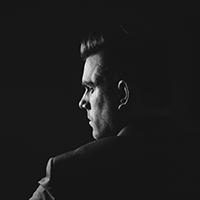 The conviction that one has authority or superiority where one in fact lacks it is a sign of epistemic hubris, and business leaders who possess this trait “indulge in a kind of delusional cognitive omnipotence.”

The authors aim to draw new paths in “reevaluating the business ethics of truth, knowledge, and knowing”, by combining aspects of the virtue of ethics and epistemology within the business sector.

“Recognizing that truth is socially constructed or that knowledge and power are related is hardly a novelty in the social sciences. In the twenty-first century, however, there appears to be a renewed concern regarding people’s relationship with the truth and the propensity for certain actors to undermine it.

“Organizations are highly implicated in this, given their central roles in knowledge management and production and their attempts to learn, although the entanglement of these epistemological issues with business ethics has not been engaged as explicitly as it might be.

“Drawing on work from a virtue epistemology perspective, this paper outlines the idea of a set of epistemic vices permeating organizations, along with examples of unethical epistemic conduct by organizational actors.

“While existing organizational research has examined various epistemic virtues that make people and organizations effective and responsible epistemic agents, much less is known about the epistemic vices that make them ineffective and irresponsible ones. Accordingly, this paper introduces vice epistemology, a nascent but growing subfield of virtue epistemology which, to the best of our knowledge, has yet to be explicitly developed in terms of business ethics.

“The paper concludes by outlining a business ethics research agenda on epistemic vice, with implications for responding to epistemic vices and their illegitimacy in practice.”

“Epistemic hubris is an inflated sense of epistemic privilege and pride. Bound closely to power, arrogance, and over-confidence, it manifests in one of two ways, but the epistemically hubristic may often exhibit both in relation to their knowledge, credibility, and expertise.

“The first is the conviction that one has epistemic authority or superiority where one in fact lacks it. It thus involves a false inference about the state of one’s knowledge and expertise relative to others. Consider, for instance, the hubristic property tycoon who claims they need no prior training or knowledge of political theory in order to master the governance of a country.”

“A second, subtler manifestation of epistemic hubris is the conviction that one has the right or privilege not to know, or not to need to know. Machineries of oppression can serve to render violent events such as genocide invisible within hubristic cultures, hidden from the privileged classes’ sight to protect and spare them from any unnecessary ‘trouble’ that might accompany ‘knowing’.

“More commonly, the privilege to ignore many ethically significant facts of social and organizational life is frequently exercised by those wielding power within workplaces.”