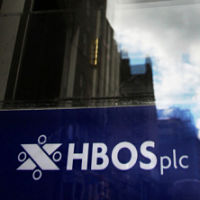 “Boards and executives should not abdicate from making the important choices.”

“HBOS, the UK bank that was one of the biggest casualties of the credit crunch, used a list of traits to rate budding leaders. An executive with “HBOS DNA”, the list said, “believes the unbelievable and conveys to all around a real sense of heroic optimism”.

“Now, a much-delayed report into the (HBOS collapse) makes clear why optimism and suspension of disbelief were indispensable. The bank’s strategy was in essence a nice wrapper round a bundle of plans drawn up by different divisions.

“By allowing (this) bottom-up approach to bloom, HBOS strategy became mixed up with divisional performance targets. Directors and senior executives did not exercise critical oversight … and failed to set a path that was appropriate for the whole group.

“… there is … no reason why the people in charge should abdicate from making the important choices that are, after all, the essence of strategy. As HBOS’s demise confirms, when blended with an unquestioning growth mindset, such dereliction of duty is a recipe for a disastrous dog’s dinner.”