Hubris syndrome. (2017) “…an urgent problem for business leaders, which they show few signs of recognising.” 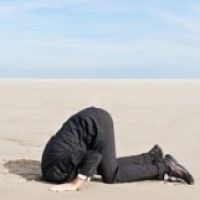 “Growing evidence shows that positions of power in politics and business may corrupt the ability of those in them to behave rationally. It’s time for risk managers to take heed.”

Lord David Owen, Daedalus Trust Trustee. Lord Owen sits in the House of Lords as an independent social democrat. He is a former UK Navy Minister, Health Minister and Foreign Secretary. David Owen studied medicine at Cambridge and St Thomas’s Hospital and was a neurological and psychiatric registrar. He has held business interests in the oil, gas and pharmaceutical industries.

Reprinted courtesy of Enterprise Risk magazine and the Institute of Risk Management, January 2017

“Hubris is almost an occupational hazard for leaders, for it feeds on the isolation that often builds up around (them)….

“The phenomenon of something happening to a person’s mental stability when in power has been observed for centuries….

“Power is a heady drug, which not every leader has the necessary rooted character to counteract. To do so requires a combination of common sense, humour, decency, skepticism and even cynicism ……

“Hubris is an urgent problem for banking and business leaders, which they show few signs of recognising. Whilst a mass of new regulatory procedures have been put in place, as yet the role and importance of personality change is deliberately underplayed and even ignored.

“For all the money and time business spends on risk management, building complex models and using quantitative statistical methods, it needs to devote at least as much money and effort to biological, chemical and human resources research on personality and behaviour.”