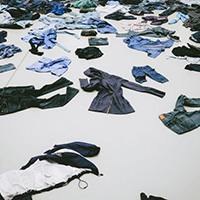 “Ego, hubris, whatever you call it, as we rise to positions of power, we too often come to “believe our own hype”.”

Losing his seat after the UK snap election in 2017, ex-Conservative MP Neil Carmichael admits it “came as a shock…It’s brutal…I am still at sea”.

“You lose sight of what’s actually important to you in your own personal life, and that’s what I did” says Carmichael.

“There is a danger that people can think, ‘This is all about me.’ The machine makes you feel different,” describes Estelle Morris, after resigning from her role as secretary of state for education in 2002.

“I felt like I was changing my name, because your job really becomes a part of you. I felt like I was a failure to admit I wanted to leave. I felt absolutely lost, like I was a nobody,” says Farhana Safa, when quitting her high-flying job as an eye-surgeon to retraining as a car designer.

You can read all of the profiles here: ‘It was like a bereavement’: life after leaving a big job.