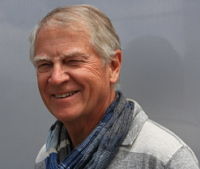 “Those particularly at risk of developing hubris … may be in jeopardy not so much because of flaws in their .. personality but because of their location at the top of the hierarchy where information they receive is heavily filtered to meet their expectations.

Another in an occasional series of contributions from members of our Advisory Board and other friends of the Daedalus Trust.

Dr Robinson is a Visiting Senior Fellow at the University of Surrey Business School. Graham has been a business school academic in the UK and the Netherlands; a senior manager and director of two multinational i.t. companies; and Director of an organisation and management research and development consultancy. He is a Director of the Society for Organisational Learning (SOL-UK) and a founder member of the Daedalus Trust.

He is the author of several books and numerous articles on organisation design, development and related management and leadership issues.

Dr Robinson is also among the organisers of Surrey Business School’s upcoming event ‘Managing and Mitigating Hubris’, which aims to develop an Anti-Hubris Toolkit.

Reading the growing body of literature on the topic of leadership hubris one could be tempted, if not led, to view the condition as a phenomenon of the individual; a consequence of (usually his) overconfidence, presumption or arrogance. When allowed to develop unchecked, it is suggested, the condition may give rise to an acquired disorder of the personality – ‘hubris syndrome’. [1]

However, a number of the symptoms of the syndrome are precisely those characteristics that highly remunerated executive search consultants are seeking when requested to identify potential candidates for leadership roles in their corporate clients’ organisations – self-confidence; decisiveness and a bias for action; a willingness to take risks and identification with the business etc. Furthermore the organisational design that typifies a great many of the same corporations is such as is likely to reinforce these very characteristics.

Being located much closer to the summit of the organisational hierarchy than are the great majority of its members, the information sources available to senior managers are significantly filtered in ways that will tend to confirm the views and perspectives that they already hold (and for which they have been appointed). Their subordinates are likely to be aware of the probability that to be a bearer of bad news or views that are contradictory to those of the leader is likely to place them in the position of the holder of a poisoned chalice – one that is likely to be personally career limiting.

For example, during the nineteen seventies and nineteen nineties there were around the world a number of catastrophic accidents to airliners that resulted in numerous deaths and threatened the reputations and commercial viability of the airlines concerned. Subsequent investigations conducted by independent national and international flight safety bodies concluded that a significant proportion of these accidents had been the consequence of pilot error – often on the part of experienced, senior and highly respected aircraft captains. Even more disturbing was the discovery that in a number of these cases, other members of the flight-deck crew had been fully aware of the fact that the decisions and actions of the captain were likely to put the aircraft at significant risk endangering the lives of all on board including their own.

The report into the crash of a Japanese DC-8 cargo aircraft shortly after take-off from Anchorage, Alaska International Airport in early 1977 concluded that: “…the probable cause of the accident was a stall that resulted from the pilot’s control inputs aggravated by airframe icing while the pilot was under the influence of alcohol. Contributing to the cause of this accident was the failure of the other members to prevent the captain from attempting the flight.” [2]

The report expressed great concern as to why the other crew members had remained passive and failed to attempt to prevent the accident “even though they must have realized they were getting into a very precarious situation”. It went on to state that “…it is extremely difficult to challenge a captain even when the captain offers a threat to the safety of the flight. The concept of command authority and its inviolate nature, except in the case of incapacitation, has become a practice without exception. As a result, second-in-command pilots react indifferently in circumstances where they should be more assertive. Rather than be submitting passively to this concept, second-in-command pilots should be encouraged to affirmatively advise the pilot-in-command that a dangerous situation exists.” [3]

A depressing number of investigations of numerous other air accidents concluded that they were caused by pilot error in conditions where other members of the crew had been well aware that the actions taken by the pilot were likely to put the aircraft and those on board at risk but did nothing to question or dissuade their senior officer from taking such actions.

A series of protocols and supporting training programmes were introduced to all airlines (Crew Resource Management – CRM) by means of which it was established that all flight crew share in the duty to assure that flights are operated safely and that this duty includes the obligation to challenge their senior officer’s instructions or actions if they consider them to put safety at risk. Since the introduction of these protocols and associated education and training programmes the number of aircraft accidents due to pilot error has been dramatically reduced.

Airlines are what might be described as ‘high reliability organisations’. The consequences of erroneous decisions on the part of those in command are potentially so catastrophic that formal systems and appropriate training in their application have been introduced to ensure that the risk of their taking such decisions is significantly mitigated. The same is not true to anything like the same degree, within the companies upon which the health of the global economy depends. Despite decades of programmes of ‘participative management’ and ‘employee empowerment’, the leaders of such organisations are ‘protected’ from information that their subordinates and senior colleagues believe that they might find unpalatable, regardless of whether or not the leaders themselves might perceive the information as being necessary to them (see accounts of the collapse of Enron, Lehman Brothers and Royal Bank of Scotland for example).

Moreover, it seems to be the case that when people do accept unpalatable information, they tend to absorb the information into the context of that which they already know. We all tend to be attached strongly to our existing perceptions and ideas and, therefore, adapt our understanding of new and sometimes unwelcome information by modifying the information itself in order to fit those perceptions, before we are willing to change them.

Thus, when leaders “take actions that are visible (the act clearly occurred), irrevocable (the act cannot be undone) and volitional (the act is the responsibility of the person who did it), they often feel pressure to justify those actions, especially if their self-esteem is shaky”. [4]

Those who are particularly at risk of developing hubris, such as those in positions of organisational leadership, may be in jeopardy not so much because of flaws in their character or personality but because of their location at the top of the hierarchy where the information they receive is heavily filtered in order to meet their expectations. Such filtering shields them from the development of self-doubt; from all but the strongest signals of potential problems and reinforcing the perceptions that they already hold.

“People in high places are able to ignore their ignorance because organizational design makes this possible. The central placement of executives in networks encourages the fallacy of centrality (‘if this existed I surely would have known about it, but since I don’t know about it, it doesn’t exist’).[5]

Managing and leading are concerned primarily with taking action. Those in positions of management and leadership are incentivised to take action that is decisive and bold; to take risk and to avoid displays of uncertainty. This can all too easily shade into arrogance and over-confidence within contexts in which information flow to the leader is designed to minimise doubt.

“As we move higher up, more filtering leads to more overconfident knowing. With over-confidence come blind spots, crises and face-saving downsizing that diverts attention from the effects of hubris in high places. When organizations ignore their ignorance, they mistake arrogance for good management”.[6]

The consequences of leadership hubris may be organisational, political or economic catastrophe and the acquisition of a medically determined disorder of the personality on the part of individual leaders, who are now perceived to have failed. The origins of such hubris may, however, be cultural, social and endemic to the design of the institutions which they have led.