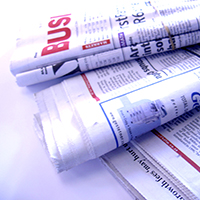 New research suggests that whilst one’s opinion might be held superior without justification, the degree of their own belief can be dented or be shown otherwise.

“Belief superiority is relative – it is when you think your opinion is more correct than other people’s; the top end of their belief superiority scale is to indicate that your belief is “Totally correct (mine is the only correct view)”.”

After 5 different experiments, “people with the highest belief superiority [showed] to have the largest gap between their perceived and actual knowledge – the belief superior consistently suffered from the illusion that they were better informed than they were.”

The researchers also presented headlines to the participants of the experiments, distinguishing them as ‘belief-congruent’ and ‘belief-incongruent’. [They] “observed that those participants with higher belief-superiority were more likely to select belief congruent headlines. In other words, despite being badly informed compared to their self-perception, these participants chose to neglect sources of information that would enhance their knowledge.”

“…Promisingly, the researchers found some evidence that belief superiority can be dented by feedback…though the evidence for this behavioural effect was mixed.”

Read the full article here: People who think their opinions are superior to others are most prone to overestimating their relevant knowledge and ignoring chances to learn more