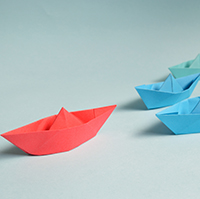 “Problem solving is important in leadership, and people with many autistic traits appear often to be better thinkers than typical subjects with similar IQs.”

“Autistic traits can help people gain and sustain power, and has probably done so throughout history, says the present paper. A number of testable claims follow from this assumption.

“First, the powerful should have more autistic traits than others – which they do appear to have. Among other things, powerful people, and those with many autistic traits, tend to prefer solitary activities and are often aloof. Moreover, they are often rigid and socially insensitive, low on empathy and with low scores on the trait of agreeableness – and as a rule they do not have many friends.

“Both groups are also more self-centered than others, more honest, less submissive, more sensitive to slights, and with a stronger tendency to engage in abstract thinking. They tend to behave in bossy or dominant ways, and their moral judgment is more based on rules than on feelings.

“In addition to experimental evidence, [the paper] cite[s] biographies showing that a surprising number of presidents, prime ministers and other powerful people seem to have had traits like those in question – and interestingly, in animals, leaders are often rigid and insensitive to group members’ needs and feelings, mostly acting the way they are themselves inclined to, not responding much to others.

“Problem solving is important in leadership, and people with many autistic traits appear often to be better thinkers than typical subjects with similar IQs. However, these and other congruities could be coincidences. Hence the question of whether traits the two groups have in common also have a common cause constitutes a strong test of the paper’s thesis – and a common cause does appear to exist, in the form of testosterone’s effects on the central nervous system.

You can read the full paper online here: Power and Autistic Traits