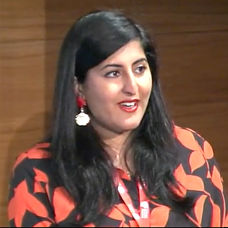 Dr Farrah Jarral, broadcaster and Paddington Green Health Centre GP discusses the history of anthropology and how it shaped our contemporary understanding of the world, for good and ill. Dr Jarral argues that “anthropology has helped us understand cultures different from our own, but was also used to enforce power structures, racial and gender hierarchies.” Dr Jarral also focuses on the new, speculative frontiers that anthropology is heading toward.

Watch the video: Hubris, power and gender: An anthropological perspective

“As a discipline, social and cultural anthropology has been a repository for not only the exercise of power and privilege, but also for deep reflection on the nature of that power.

“From heavily Eurocentric and Androcentric beginnings, 20th and 21st century anthropology has grappled with issues of who has the right to study whom, what knowledge is considered legitimate, and how people are represented.

“Early anthropologists promoted a linear, evolutionary framework through which to analyse human culture and history: one that had a tremendous influence on prevailing attitudes about race.

“Anthropology’s struggle to overcome a narrow Eurocentric worldview paved the way for new anthropologies – and notably, for multiple feminist anthropologies and their offshoots. These developments within the discipline in relation to race and gender widened the discourse, forcing anthropologists to confront even extreme differences in new and intellectually productive ways, with potentially world-changing consequences.”

Dr Farrah Jarral is a Writer, Broadcaster, and inner-city GP.

Farrah studied medicine at Balliol College, Oxford, and Imperial College London. In 2012, she was a UK-US Fulbright Scholar at Harvard, where she studied medical anthropology.

In 2016, Farrah wrote and presented a major series for BBC Radio 4 on the history of social and cultural anthropology, charting the evolution of the discipline from early colonial encounters, to post-modern reflections on space and microbes. She also presented a documentary on the science of meditation for Al Jazeera in 2016. Most recently, Farrah wrote and presented an essay for BBC Radio 3’s “Black and White” collection in January 2017 on American rap music, religious recitations, and what it means to be fluent in something you don’t understand.

Farrah is currently working on a documentary for Radio 4 on the power of play and its increasing significance in the adult world. Farrah is working on a book about the human soul, and continues to be fascinated by three questions: What makes us different, what makes us the same, and what moves us.