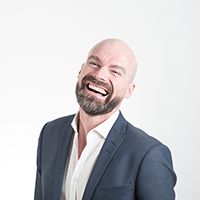 “…Narcissists often make a very good first impression, but a narcissistic leader can prove costly for an organisation, [as] such leaders often become unpopular after a short period of time (Paulhus, 1998).”

From the paper’s abstract:

“This study investigates the associations between the narcissistic leader and performance and the moderating effect of a leader’s tenure and self-esteem.

“The hypothesis were studied with Pearson correlations and stepwise hierarchical multiple regression analyses (n=203). The moderating effect of leader’s tenure on the relationship between narcissism and leader performance was confirmed.

“The narcissistic leader’s performance tends to be positively evaluated only because the leader has held the position for a very short period. Self-esteem exhibited a very strong correlation to leader performance.

“The results support the view that narcissism is a personality dimension, albeit one that is not necessarily pathological. The results of this study suggest it would be wise to add Rorschach Comprehensive System (RCS) to the tools available in the personnel assessment situation.”

You can access the full PDF here: Self-esteem, tenure, and narcissistic leader’s performance