Sex, power, and the systems that enable men like Harvey Weinstein (2017) 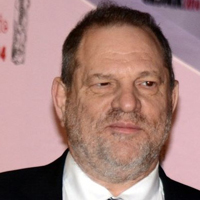 “The challenge…is to change social systems in which the abuses of power arise and continue unchecked.”

Dacher Keltner, professor of psychology at University of California, Berkeley.

“…my research into the social psychology of power suggests that — without exculpating corrupt individuals — we also need to take a hard look at the social systems in which they commit their abuses.”

“Powerful men, studies show, overestimate the sexual interest of others and erroneously believe that the women around them are more attracted to them than is actually the case.”

“…contexts of unchecked power make many of us vulnerable to, and complicit in, the abuse of power. We may not like what’s going on, but many of us wouldn’t do anything to stop it.”

“…we have to recognize the banality of Harvey Weinstein, and turn our attention to changing the social context in ways that make the human tendency to abuse power a thing of the past.”