Tapping into the power of humble narcissism 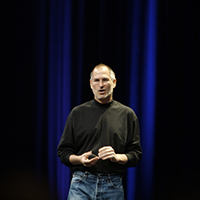 “…if you work with a narcissist, don’t try to lower their confidence. Just temper it with humility.”

Adam Grant writes how the characteristics of ‘humble narcissism’ are what make up some of the best leaders and organisations around the world.

“Humble narcissists bring the best of both worlds: they have bold visions, but they’re also willing to acknowledge their weaknesses and learn from their mistakes.”

Research in the US and China suggests this has an impact on the company’s employees, who are not only more productive, but more effective.

“Adding humility prevents capriciousness and complacency. It helps you remember that you’re human. Humble narcissists have grand ambitions, but they don’t feel entitled to them.”

“Even if you don’t start your career as a narcissist, success can go to your head. Maintaining humility requires you to surround yourself with people who keep you honest, who tell you the truth you may not want to hear but need to hear, and who hold you accountable if you don’t listen to them.”

“So if you work with a narcissist, don’t try to lower their confidence. Just temper it with humility.”

Read the full article here: Tapping into the power of humble narcissism