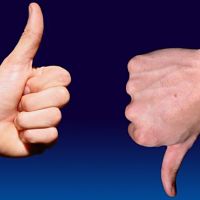 “These findings (don’t support) a simple testosterone-aggression relationship and (suggest) a more complex role in driving status-enhancing behaviors in males.”

“Although popular discussion of testosterone’s influence on males often centers on aggression and antisocial behavior, contemporary theorists have proposed that it instead enhances behaviors involved in obtaining and maintaining a high social status.

“Here, we tested these hypotheses in healthy young males by injecting testosterone enanthate or a placebo in a double-blind, between-subjects, randomized design (n = 40). Participants played a version of the Ultimatum Game that was modified so that, having accepted or rejected an offer from the proposer, participants then had the opportunity to punish or reward the proposer at a proportionate cost to themselves.

“We found that participants treated with testosterone were more likely to punish the proposer and that higher testosterone levels were specifically associated with increased punishment of proposers who made unfair offers, indicating that testosterone indeed potentiates aggressive responses to provocation.

“Furthermore, when participants administered testosterone received large offers, they were more likely to reward the proposer and also chose rewards of greater magnitude. This increased generosity in the absence of provocation indicates that testosterone can also cause prosocial behaviors that are appropriate for increasing status.

“These findings are inconsistent with a simple relationship between testosterone and aggression and provide causal evidence for a more complex role for testosterone in driving status-enhancing behaviors in males.”