The acquisitive nature of extraverted CEOs. (2017) 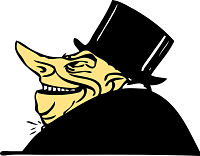 “…extraverted CEOs are more likely to engage in acquisitions, and to conduct larger ones, than other CEOs..”

“Using a novel linguistic technique to assess personality from unscripted text spoken by 2,381 CEOs of S&P 1500 firms over ten years, we show that CEOs’ extraversion influences the merger and acquisition (M&A) behavior of firms above and beyond other well-established personality traits.

“We find that extraverted CEOs are more likely to engage in acquisitions, and to conduct larger ones, than other CEOs and that these effects are partially explained by their higher representation on boards of other firms. Moreover, we find that the acquisitive nature of extraverted CEOs reveals itself particularly in so-called ‘weaker’ situations, in which CEOs enjoy considerable discretion to behave in ways akin to their personality traits.

“Subsequent analyses show that extraverted CEOs are also more likely than other CEOs to succeed in M&As, as reflected by stronger abnormal returns following acquisition announcements.”