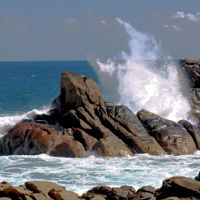 “… while it may be reassuring (to have resilient leaders) — such leaders are not necessarily good for the group, much like bacteria or parasites are much more problematic when they are more resistant.”

Resilience, defined as the psychological capacity to adapt to stressful circumstances and to bounce back from adverse events, is a highly sought-after personality trait in the modern workplace….

But could too much resilience be a bad thing?

…Along the same line, too much resilience could make people overly tolerant of adversity. At work, this can translate into putting up with boring or demoralizing jobs — and particularly bad bosses — for longer than needed.

… In addition, too much resilience can get in the way of leadership effectiveness and, by extension, team and organizational effectiveness… In the face of seemingly hopeless circumstances, some people resemble a superhero cartoon character that runs through a brick wall: unemotional, fearless, and hyper-phlegmatic. To protect against psychological harm, they deploy quite aggressive coping mechanisms that artificially inflate their egos.

…Even though the resilient superhero is usually perceived as better, there is a hidden dark side to it: … For instance, multiple studies suggest that bold leaders are unaware of their limitations and overestimate their leadership capabilities and current performance, which leads to not being able to adjust one’s interpersonal approach to fit the context.

… while it may be reassuring for teams, organizations, and countries to select leaders on the basis of their resilience — who doesn’t want to be protected by a tough and strong leader? — such leaders are not necessarily good for the group, much like bacteria or parasites are much more problematic when they are more resistant.

Access the full article here: The dark side of resilience