The essential tension between leadership and power (2013) 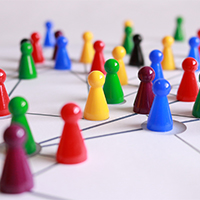 “…Leaders may come to feel imperilled by members of their group who could be perceived as a threat to the leader’s power.”

Why power corrupts — and how to prevent it.

Research published in APA sheds light on how, when, and why leaders sometimes behave in corrupt ways.

“Throughout human history, groups have demonstrated a tremendous need for leaders. In times of war, famine and other crises, leaders have helped guide groups toward desirable outcomes. ”

“Leaders, however, are typically endowed with power, and power can corrupt. Power is operationally defined as having control over resources, which affords the ability to influence others by bestowing or withholding those resources”

“Our lab’s recent research has focused on one reason that may help explain some instances of corruption: Once given a taste of power, many leaders are highly motivated to protect it. That is, although leaders are responsible for promoting the welfare of their group, leaders may instead be more motivated to enhance their personal capacity for power and domination.”

“Our research suggests that the desire to maintain their position atop the hierarchy can be so strong that many leaders are willing to engage in questionable and unethical behaviors to protect it. ”

“…Leaders commonly experience a source of tension: They are tasked with making decisions that benefit the group, but many leaders are also highly motivated to protect or enhance their own personal power. One implication of this tension is that leaders may come to feel imperiled by members of their group who could be perceived as a threat to the leader’s power.”

In one set of studies, participant’s behaviour suggested that “…leaders were willing to sacrifice the good of the group in order to ensure that their subordinates would not be able to outshine them and possibly take over their leadership role. Among leaders with a strong desire for dominance, the desire to protect their power overwhelmed the desire to help the group perform well.”

“Group hierarchies tend to be least stable during initial group formation or following changes to the composition of the group…Events that threaten the legitimacy of those in power or enhance the legitimacy of the less powerful can also destabilize social hierarchies. During such times, groups might benefit from increasing accountability and reducing the capacity for exploitation among powerful individuals.”

“Although we saw substantial evidence for corrupt behavior among leaders with a taste for dominance (a desire for authority and control over others), we saw no such evidence among leaders more interested in having prestige (a desire to be respected and liked). ”

You can read the full post here: The essential tension between leadership and power