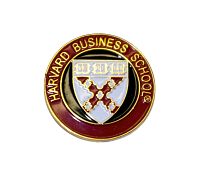 “… Wall Street loves MBAs’ analytical detachment, but that separation from real-world consequences is the very source of the financial world’s regularly occurring convulsions.”

“In 1978, The New York Times correctly described a Harvard MBA as “the golden passport to life in the upper class”… The roster of prominent alumni of the school – colloquially known as Masters of the Universe (includes) more billionaires than from any other business school as well as more CEOs of the world’s largest companies…

“(The hiring of) former Manchester United manager Sir Alex Ferguson (as a visiting professor) … was a rare demonstration of the school’s nakedness of purpose. The school isn’t about leadership or social responsibility … it’s about winning, and Ferguson knows a thing or two about that.

“… the school shapes not just the direction of its graduates’ lives but also those of the organisations they work for, the economies those organisations are part of, and ultimately, society itself. And even if it has an almost uniformly positive effect on the lives of those connected to it, it has for some time had a much less salutary effect on everything those people touch.

…”The chief flaw in the Harvard MBA system is arrogance. HBS imbues its graduates with the arrogant notion that management is a transferable skill, like driving, and that having pretended to manage for two years, they are now ready to go somewhere and take charge. Worse still, it imbues them with the sense that leadership is something that can be purchased, instead of it being an emergent quality that reveals itself (or doesn’t) in the moment at which it is needed.

…”Wall Street loves MBAs for their analytical detachment, but that separation from the real-world consequences of their actions is the very source of the financial world’s regularly occurring convulsions.”

Read the full article as a PDF here: The Golden Passport is stamped with hubris | Comment | The Times & The Sunday Times

Or access it online here: The Golden Passport is stamped with hubris