The poisonous fantasy of the great leader. (2017) 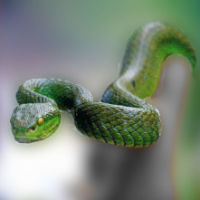 “We cannot rely on the wisdom of a solitary genius surrounded by a multitude of marvelling minions.”

Dennis Tourish, Professor of Leadership and Organisation studies at the University of Sussex
Published online at ICSA: The Governance Institute – Governance + Compliance 26 July 2017

“… we are often encouraged to fixate on fantasies in which leaders only ever do good and are the most important factor in determining an organisation’s fortunes. These views have been framed by a great deal of writing about transformative leadership in the past 30 years.

“…Infatuation with leadership myths is particularly troubling at board level, since it can allow powerful CEOs to have their way with minimal corrective input from others.

“…The problem starts with how having even a modest level of power often unleashes our inner dictator.

“…It seems that we are highly sensitive to either the presence or absence of power.

“Regardless, most organisations seem to stress status differentials, and many managers long for large offices and imposing titles to describe their role….

“A major problem is that those in positions of power rarely receive sufficient criticism.

“…a key problem (in the banking industry) has been the reluctance of boards to understand the importance of sharp debate, and preventing the emergence of an unquestioned, all-powerful individual whose every wish becomes everyone else’s command….

“We need a different model of leadership, in which we recognise it is not about having all the answers. It is often about asking the right questions….

“We cannot rely on the wisdom of a solitary genius surrounded by a multitude of marvelling minions. We need to recognise that companies, as well as countries, need an active, engaged citizenry.

“…leadership matters, (but) …it is only one ingredient from a long list of what makes organisations soar and prosper, or crash and burn. In trying to do (leadership) better, we need to do it with more humility, more input from other people, and much more awareness of the danger of hubris.”

Access the full article here: The poisonous fantasy of the great leader