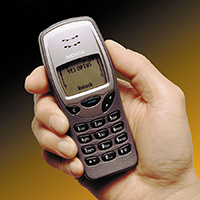 …Success breeds conservatism and hubris which, over time, results in a decline of the strategy processes leading to poor strategic decisions.

“The moves that led to Nokia’s decline paint a cautionary tale for successful firms.”

“At its height Nokia commanded a global market share in mobile phones of over 40 percent. While its journey to the top was swift, its decline was equally so, culminating in the sale of its mobile phone business to Microsoft in 2013.”

“It is tempting to lay the blame for Nokia’s demise at the doors of Apple, Google and Samsung…but…this ignores one very important fact: Nokia had begun to collapse from within well before any of these companies entered the mobile communications market.”

Although the company was hugely successful to begin with, “…Nokia’s CEO Jorma Ollila was increasingly concerned that rapid growth had brought about a loss of agility and entrepreneurialism. Between 2001 and 2005, a number of decisions were made to attempt to rekindle Nokia’s earlier drive but, far from reinvigorating Nokia, they actually set up the beginning of the decline.”

“…the wear and tear of extraordinary growth combined with an abrasive CEO personality…began to take their toll. Many managers left.”

“Nokia’s mobile phone story exemplifies a common trait we see in mature, successful companies: Success breeds conservatism and hubris which, over time, results in a decline of the strategy processes leading to poor strategic decisions.”

“Where once companies embraced new ideas and experimentation to spur growth, with success they become risk averse and less innovative.”