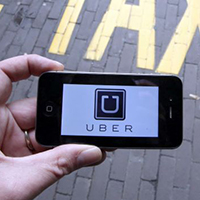 “Given the extraordinary power imbalance that’s now the norm in Silicon Valley boardrooms, it should be no surprise that many founder-CEOs are behaving badly. In fact, the real surprise may be that so many of them still behave well.”

“When the directors of Uber ousted its CEO and cofounder, Travis Kalanick, in June 2017, the move was paradoxically both long overdue and somewhat unexpected.”

“Why was Kalanick shown such extraordinary deference by Uber’s board? In a word, power.”

“…Uber illustrates the remarkable and little-understood ways in which founders, no longer systematically pushed aside as their start-ups grow, have come to dominate their boardrooms. I think of this trend as “the founders’ revenge.””

“Even as Uber’s governance problems illustrate how a founder’s power can go too far, Kalanick’s dismissal serves as an important reminder: No matter what a board’s composition or who holds how many voting shares, a determined and cohesive group of shareholders can still effectively wield soft power.

“More of them should consider doing so to offset the power imbalance that has become prevalent in the boardrooms of Silicon Valley.”

You can read the full article here: When Founders Go Too Far