Are you a toxic boss? If your team won’t tell you, neuroscience will (2017) 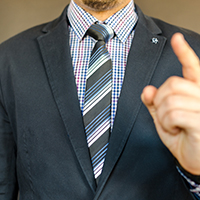 “Confidence can be perceived as aggression by employees. Confident and powerful leaders can be seen as overbearing and dogmatic.”

“When we’re in the presence of someone who is more powerful, our innate response mechanisms are altered―translating into essentially a ‘deer in headlights’ response, because “your body is preparing to have heightened attentiveness to what others are doing and how you’re being evaluated,” says Deborah Gruenfeld of the Stanford Graduate School of Business.

“When talking to a more powerful person, our personal boundaries can lower, making us resistant or skeptical.

“If you’re a natural leader, then you are comfortable being in command. This is a positive attribute and makes you a decisive leader. Yet if you slip in a tunnel of self-righteousness, you’ll be seen as overly opinionated, forceful, or oppressive.”

You can read the full article here: Are you a toxic boss? If your team won’t tell you, neuroscience will