CEO power and CEO hubris: a prelude to financial misreporting? (2016) 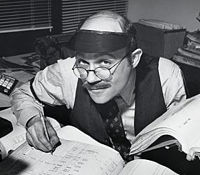 The revelation of financial reporting fraud often translates into investor losses much greater than the fraud itself, while directors and auditors suffer reputational damage and pay civil or criminal settlements.

For example, announcements of fraud at Enron and Worldcom were quickly followed by the bankruptcy of both firms, with equity investors losing everything; and Arthur Andersen, one of the “Big” audit firms, disappearing.

This paper explores how “the tension between a firm’s CEO power features and externally observable hubris attributes may determine the likelihood of financial misreporting.”

Researchers reviewed 16 Canadian firms which had had formal accusations of financial reporting fraud filed against them by securities regulators, and 16 other comparable firms with no evidence of financial misreporting.

“The findings suggest that firms accused of financial misreporting exhibit features of strong CEO power and hubris as reflected in their relations with the self, others and the world.

“Governance mechanisms do not seem to be effective in detecting or preventing financial misreporting, with independent boards of directors proving especially ineffectual

“The findings suggest that formal governance processes may get co-opted by a CEO with hubristic tendencies.”