Hierarchy stability moderates the effect of status on stress and performance in humans. (2017) 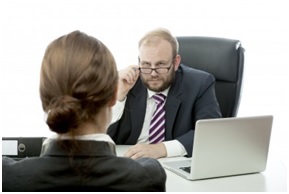 These health benefits may be partly explained by the stress-buffering effects of status. High status inhibits responses to acute stressors, which reduces physiological wear and tear and the likelihood of developing stress-linked diseases.

Previous research in this area has focused primarily on stable hierarchies. During times of hierarchical instability, when status could change, the authors propose that high status might boost, not buffer, stress responses.

…(for a high status person) the threat of losing a powerful, high-ranking position and the need to defend it may be stressful.

The experiment presented in this paper tests the joint influences of social status and hierarchical stability on endocrine, psychological, and behavioral responses to a social-evaluative stressor – a mock job interview.

Feeling in control was an asset for interview performance, but increased testosterone reactivity was a liability.

(For example) psychological interventions that alter beliefs about the hierarchy or that use role-playing exercises may improve overall performance in social-evaluative situations such as job interviews … imagining or acting out a high-status role in a stable hierarchy before a real-world stressor such as an interview may reduce endocrine stress responses, increase feelings of control, and improve performance.

..a low-status individual who ‘knows’ her place in society (ie. who perceives the status hierarchy as stable) may appear less competent in a job interview, reducing her chances of being hired. But merely holding the belief that she can rise in the hierarchy (ie. believing that the hierarchy is unstable) may lead to behaviors that signal competence and improve her chances of being hired.