Hubris and unethical decision making: the tragedy of the uncommon. (2016) 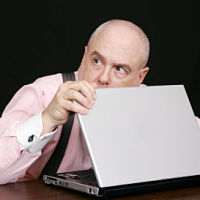 “…hubris leads managers to invoke an amoral decision process which causes a higher incidence of unethical behavior among these individuals.

The researcher hypothesizes that hubris impairs moral awareness by causing decision makers to ignore external factors that otherwise drive such awareness. Further, these individuals apply a flawed, subjective assessment of the decision they face, which further impairs moral awareness. The predicted result is that hubris leads managers to invoke an amoral decision process which causes a higher incidence of unethical behavior among these individuals.

“In regard to the specific bias of hubris, (previous researchers) observe that ‘‘[u]nrealistic optimism is a pervasive feature of human life; it characterizes most people in most social categories’’. An inherent difficulty in addressing such biases involves the fact that individual decision makers are unaware that the biases exist and are influencing their judgment.

“In order to combat the specific bias of hubris, managers must cultivate the ability to adopt an outsider’s perspective on decisions they face. In light of this, the development of a diverse executive team, the ability to embrace criticism of both plans and outcomes, and an active board of directors should also help limit the influence of hubris within managerial decision making.”