Is pride a vice or a virtue? A psychologist explains. (2017) 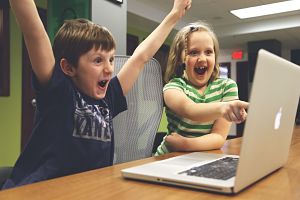 “Pride … seems to be quite functional and exist to encourage people to engage in socially valued behaviours more likely to bind people together than to separate and divide.”

“…(pride) usually has a recognisable physical expression – a slight smile, the head tilted back, the chest expanded, with arms raised or akimbo.

“…Yet pride often gets a bad rep. While it can help us feel dignified and aware of our self-worth … it can seemingly interfere with empathy and make us come across as arrogant and egocentric.

“…would it be better if we didn’t feel pride at all?

“…Many people thought (Donald Trump) came across as hubristic when hitting back against reports that his (Presidential) inauguration drew significantly fewer people than his predecessor Barack Obama’s.

“Meanwhile, when Jeremy Corbyn, leader of the British Labour Party, said he was “very proud” of his party’s 2017 general election results it seemed more understandable. Corbyn dramatically outperformed expectations, overcoming seemingly insurmountable hurdles. But to many people he comes across as a more humble individual. However there is no reason to assume (Corbyn) is experiencing pride to any less degree than Trump.

“…While pride can certainly lead to arrogant displays, this may be more about personality than the emotion of pride itself.

“Pride as an emotion seems to be quite functional and exist to encourage people to engage in socially valued behaviours more likely to bind people together than to separate and divide.”

Access the full article here: Is pride a vice or a virtue?