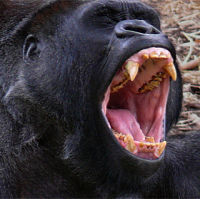 … testosterone either inhibits the process of mentally checking your work or increases the intuitive feeling that ‘I’m definitely right.’

A new study has demonstrated a “clear and robust causal effect of [testosterone] on human cognition and decision-making.

Researchers – from Caltech, the Wharton School, Western University and ZRT Laboratory –tested the hypothesis that higher levels of testosterone increase the tendency in men to rely on their intuitive judgments and reduce cognitive reflection.

Over 240 males were randomly selected to receive a testosterone dose or placebo before taking a cognitive reflection test which included questions such as:

“An individual prone to relying on their gut instincts would be more likely to accept their first answer of 10 cents. However, another person might realize their initial error through cognitive reflection and come up with the correct answer.”

The researchers found that the men given the testosterone performed more poorly on the test.

“… the testosterone group was quicker to make snap judgments on brain teasers where your initial guess is usually wrong….The testosterone is either inhibiting the process of mentally checking your work or increasing the intuitive feeling that ‘I’m definitely right.'”