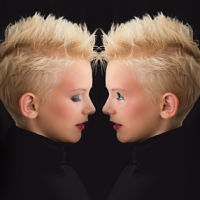 “When you are a narcissist, you are fabulous at other peoples’ expense…

Award-winning historian and broadcaster Bettany Hughes explores narcissism with experts from the humanities and sciences … including philosopher Angie Hobbs, Oscar Wilde’s grandson Merlin Holland and psychotherapist Philippa Perry. Bettany reveals where ideas (about narcissism) were born and then explores the street markets, churches, offices and homes where they continue to morph and influence our daily lives.

Bettany considers changing ideas about narcissism at a hairdresser’s, on a therapist’s couch, in mythology, in Victorian society and on our mobile phones.

“When you are a narcissist, you are fabulous at other peoples’ expense…

“…if you are a narcissist you are all about the shell, not how things feel to you but how they look to others in your mind…

“(there is a healthy narcissism:) self-belief yes, even high-regard, but not at anyone else’s expense…”

Listen to the programme: The ideas that make us – narcissism

Listen to another episode in the series on hubris: The ideas that make us – hubris